Ivan Rejc: From Soča to Piave and onwards

Ivan Rejc from the Slovenian valley of Baška grapa has been an alpinist for over forty-five years. He started climbing during his high-school years and has been an active member of his local alpine club and mountain rescue station since 1979. There aren’t many walls in the Julian Alps he hasn’t climbed. He’s also explored the Central Alps, Aconcagua, Dolomites, Carnic Alps, Greece, Ecuador, Tian Shan, Patagonia, Jordania’s Wadi Rum, etc. He was always happy to climb with people of different ages and has been a solid bridge between various generations. This year marks the 40th anniversary of his expedition to Aconcagua, where he opened the Yugoslav Route on the south face of America’s highest mountain with the Podgornik brothers and Zlatko Gantar. Get ready for a fascinating tale about the vertical world. 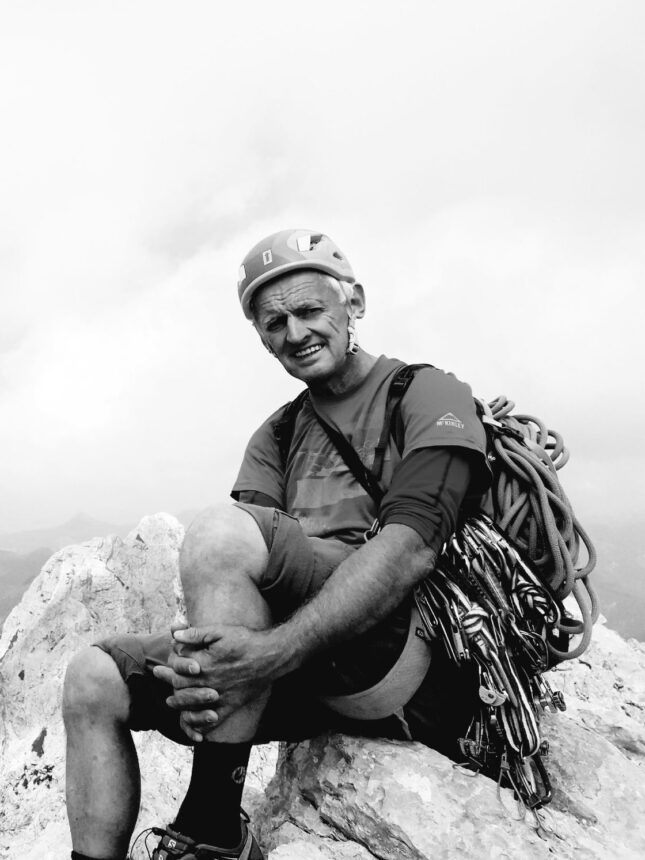 Ivan Rejc: From Soča to Piave and onwards