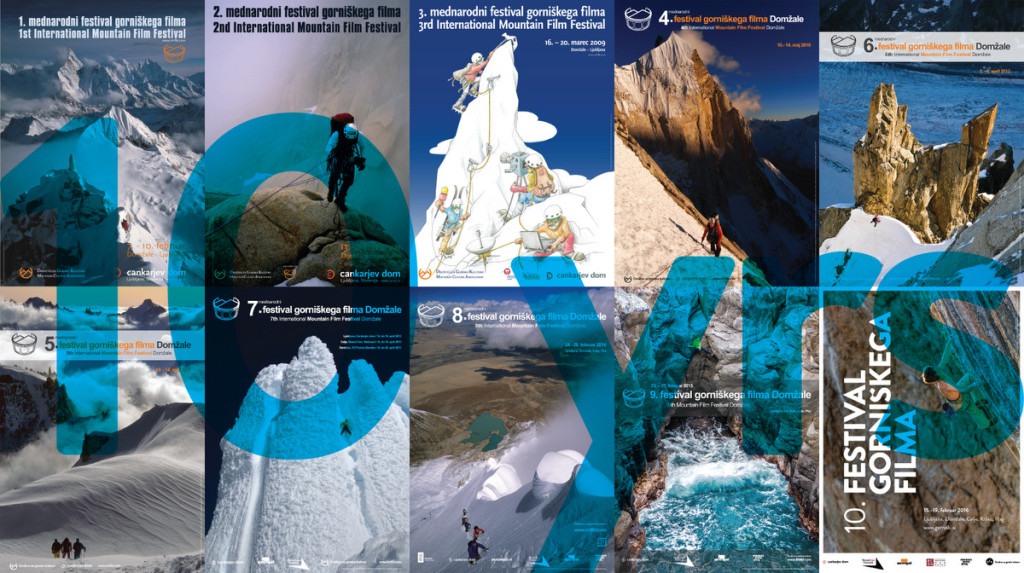 Slovenians are a people of the mountains – they’re part of our collective identity. Just consider the fact that the first two films ever made on the sunny side of the Alps took place in that beautiful, elevated world.

Following in the footsteps of the most prominent mountain film festivals all over the world, Slovenia also decided to put mountains on its big screens. The beginnings of mountain film screenings date back to the sports and tourism film festival held in Kranj in 1966. In 1998 an event called Banff after Banff took place in Mengeš, and in 2002, the International Year of Mountains, projections of mountain films were organized in Bled. In the following years, the subject of mountains featured heavily at the Ljubljana Documentary Film Festival, and in 2007 all these efforts culminated in a new mountain film festival called Festival Gorniškega Filma, which has been organized by the Mountain Culture Association (Društvo za gorsko kulturo) and has been a member of the International Alliance for Mountain Film (IAMF) since 2010.

In the past decade, our festival has grown to the point where it’s now comparable to the biggest and most important film festivals worldwide. In the first nine years the viewers (around 35,000 people have visited the festival until now) have enjoyed 400 films, and this year a further 46 await them. On average, the festival receives from 90 to 100 applications from all over the world, while only half of these films are accepted and feature in the programme. From 2007 until 2015, the Main Prize of the City of Domžale has been awarded to the following films: L’Abisso (Italy), Baffin, l’île aux enfants (France), Unknown Antarctica (Slovakia), Asgard Project (Great Britain), Voyage au bout de l’hiver (France), Art of Freedom (Poland), Mimalaya, le vilage suspendu (France), The Summit (Ireland), Jeff Lowe’s Metanoia (USA). The films have also been complemented by a rich accompanying programme: children’s workshops, exhibitions, round tables, etc.